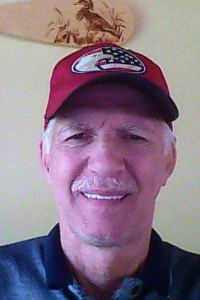 Clarence "Chip" Joseph Bonvillain, 71, Chesterfield, passed July 30, 2019 at St. Vincent Anderson.
He was born June 23, 1948 in Houma, Louisiana the son of Theodore and Betty (Harding) Bonvillain.
He retired from the United States Army. He was a member of Redeemer Baptist Church and enjoyed bowling.
He is survived by his wife, Debbie (Moore) Bonvillain whom he married April 28, 1984; four children, Corey Bonvillain, Dawn (Scott) Jackson; Elizabeth (Ed Kaszuba) Bonvillain and Thomas (Julienne) Bonvillain; eight grandchildren; two great grandchildren and several nieces and nephews.
He was preceded in death by his parents, a niece and two sisters.
Services will be 1 p.m. on Saturday, August 3, 2019 at Rozelle-Johnson Funeral Service with Pastor Brad Storm officiating.
Burial will be in Saunders Cemetery in Daleville where military graveside rites will be performed by Elwood VFW Post 5782.
Visitation will be Saturday from 11 a.m. until the service at the funeral home.
Memorial contributions may be given to Rozelle-Johnson Funeral Service to defray funeral expenses.
Post online condolences at www.rozelle-johnson.com