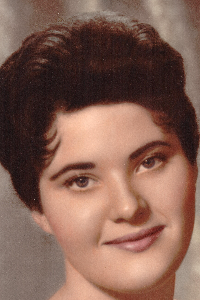 Dorothy Jean Smith, age 75 of Prosser, entered into rest on July 4, 2019 at Prosser Memorial Hospital. She was born on August 12, 1943 to Edward and Rachel (Colp) Jessop in
Sunnyside and was raised and educated in Mabton, Grandview and Prosser. Dorothy met her future husband, Gary Smith in Yakima. Dorothy studied cosmetology and later worked at Best Western as a desk clerk, a job she loved.

Dorothy enjoyed crafts, decorating her home, camping, fishing and baking homemade bread. Most of all she loved spending time with her children and grandchildren. Dorothy was a devoted Jehovah Witness.