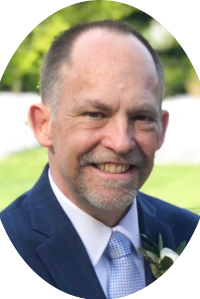 Kevin Daniel O`Dea, age 57, of Woburn formerly of Somerville, died on July 28th, 2019 following a long illness. He was surrounded by his loving family. Kevin was raised in Somerville by his parents, Robert and Patricia (Walsh) O`Dea, with his three brothers. He attended St. Ann`s school and graduated from Matignon High School in 1979.


Growing up, he was very involved with the East Somerville Youth League where he both played and coached for many years. He and his family enjoyed vacationing in the lakes region of Maine, often with cousins, aunts, uncles and neighbors joining the fun.
Kevin met Jane (Carpenter) in 1981 and they were married in 1986. Together they raised two daughters, Erin and Maura, in Woburn. He was very devoted to his family. He coached his daughters in Little League softball for several years. He and his family treasured their times spent together at their lake house in Maine.


Kevin started his career with Tufts University in 1985. He worked in the IT department at the main campus and later moved to the Dental School in Boston. His dedication to Tufts was immeasurable and he maintained his full time work schedule until the end of June. Always with a smile, Kevin will be remembered by all who knew him as a kind, loving, loyal man with a great sense of humor. He had a quiet sense about him, never needing the spot light, yet his love and gentleness lit up the room. Despite his illness, he never complained and always remained hopeful.


He is survived by his beloved wife, Jane, his daughters, Erin Sheehan and her husband Kevin of Dover NH, Maura Lyons and her husband Patrick of Billerica and his precious granddaughter Addison Jane Lyons, brothers, Robert O`Dea and his wife Lynne of Quincy, James O`Dea and his wife Jackie of Wilmington, John O`Dea of Arlington, aunt and uncle Lucille and Harry Walker of Florida and many nieces, nephews and cousins. He was preceded in death by his parents, Robert and Patricia O`Dea.


Funeral services will be held from the McLaughlin - Dello Russo Family Funeral Home, 60 Pleasant St., WOBURN, Friday, August 2nd, at 9 a.m. followed by a funeral Mass celebrated in St. Patrick Church, 71 Central St., Stoneham, at 10 a.m. Relatives and friends are respectfully invited to attend. Visiting hours Thursday from 4 to 8 p.m. Interment services will be private. In lieu of flowers, donations may be made in Kevin`s memory to support kidney cancer research at Dana-Farber Cancer Institute. Gifts can be made online at http://danafarber.org/give by selecting ‘genitourinary - kidney cancer` as the area of designation. Additionally, checks can be sent to Dana-Farber Cancer Institute, Attn: Annual Giving Department, 10 Brookline Place West, Brookline MA 02445.