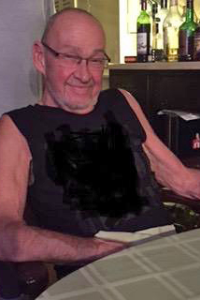 Horace was born on January 17th, 1943 in Dorchester, NJ, son of the late Walton and Gladys (Branin) Stowman. His family then moved to Millville, NJ where he graduated from Millville High School. He went on to Mortuary School in New York City, living in ‘The Village’.

Mark and Horace started the Golden Gull Awards in 1982 honoring the entertainers who performed in Provincetown, acknowledging their talents and their contributions to the town. The award became an annual event. They received recognition from then Massachusetts Governor Michael Dukakis in appreciation for their work. Horace and Mark owned Ocean's Inn for 20 years, selling it in 1995 due to Mark's declining health. They were a together for 36 years until Mark passed away in 2010.

Horace was well known for his generous dinner parties attended by his many friends over the years. Horace is survived by those close friends who feel a deep sense of loss.

A memorial will be held at a date and time to be announced.