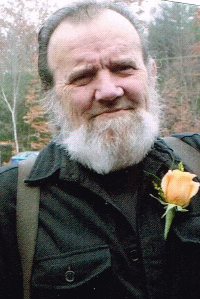 Cornish - Frederick Whiting, 73, of Cornish passed away on July 10, 2019 at his home after a long battle with heart issues. He was born in Keene, NH. on July 10, 1946 a son of Louise Campbell and his step-parents Harold and Fay Ball. He attended Walpole, NH. schools.

He married his sweetheart, Neidra (Ault) Whiting in 1977. He was employed at Maine Tank in Portland, Tomlin Bros. in Troy, NH. and Porta Lite in Swanzee, NH.

Fred enjoyed working with wood and metal making many neat things that he gave to his loved ones. He was a happy go lucky guy always joking and kidding with everyone. He loved all his children, grandchildren and great grandchildren. He loved pretty much everyone he knew and had many friends as he was a lot of fun to be around.

Besides his mother and step-parents, he is predeceased by a son, Frederick Whiting Jr. He is survived by his wife Neidra, his children: Tony Marston, Cliff Van Dyke and wife Sherry, James Van Dyke and wife Kim, and Tracina Goodrich and husband Kelly. Siblings: Tim Boyle, Gary Ball, Loretta Savard and another sister Sandy. Also 16 grandchildren and 5 great grandchildren.

May he rest in peace in Heaven forevermore.

A celebration of Fred's life will be held at a later date.