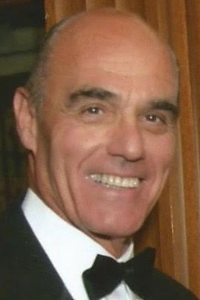 
Vincent J. Piro, Age 78, of Medford and East Dennis, formally of Somerville, Mass., died peacefully on July 19 surrounded by family. He was predeceased by his beloved wife, Karen Lee (Kelly) Piro, 18 months ago. He was a devoted father to Lisa Bowler and her husband, Brian, and Vincent and Michael Piro. He was a loving grandfather to Katie and Will Bowler and Ella and Vincent Piro.

Vinny grew up in Somerville. He attended Salem State College where he played basketball and received a degree in education and a master’s in business. He started his career as a teacher and became a vice principal in the Wakefield school system. He soon launched a political career where he was elected to the Somerville Board of Aldermen and subsequently served as a state representative for 16 years, rising through the ranks to become assistant Democratic leader. In his later years he worked as a consultant in the building and construction industry. Everyone turned to Vinny for his expert advice on building and remodeling, and for his notorious attention to detail.

Vinny had lots of interests including golf and tennis, entertaining, good food and good company. He also had a passion for waxing and detailing, not only his own cars, but his friends’ cars as well. However, he mostly enjoyed the time he spent on Cape Cod with his family where he was the happiest and most at peace.

Vinny was larger than life — charismatic, magnetic and fun. He lit up a room. If you were fortunate to be called his friend, you could expect a lifetime of unwavering and enduring loyalty. You would be forever in his orbit and the recipient of warmth, generosity and friendship.

Vinny was, and always will be, truly unforgettable.

In lieu of flowers, contributions may be sent in Vincent’s name to the National Alopecia Areata Foundation (NAAF), 65 Mitchell Blvd, Suite 200B, San Rafael, CA 94903. To leave a message of condolence please visit www.dellorusso.net