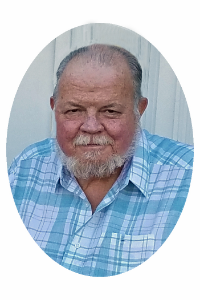 William “Bill” O’Hearn, age 70 of E. Bridgewater and Kissimmee, FL died peacefully on June 4, 2019 at the VA Hospital in Lake Nona, FL. He was the loving husband of Doreen A. (Leazott) O’Hearn. Bill was born in Boston on February 11, 1949 to the late Walter and Terry (Whiffen) O’Hearn. He was raised in South Boston where he learned to sail and came to love boating and raced a sailboat once with the late Don Kent.

At the age of 13, Bill’s family moved to Brockton where he graduated from Brockton Trade School. He joined the Army in 1966, where he earned the rank of Sergeant. Sgt. O’Hearn was a highly decorated Vietnam Veteran earning a Bronze Star and Purple Heart in addition to numerous other commendations and awards.

Bill was vice president of the Brockton Postal Workers’ Union. After retirement he set his sites on an impressive real estate career. He was manager at Papagno Real Estate and broker/owner of Copperwood Real Estate and All County Real Estate. Bill’s favorite past times were boating, karaoke, traveling and time spent with family and friends. He was a member of the East Bridgewater Commercial Club and the Club National in Brockton.

Bill is lovingly survived by his children, Joyce Jaecques, Michael O’Hearn and their mother Barbara (Rinkus} Andrews, all of Ft. Myers, FL and William O’Hearn and his wife Ashley of Bridgewater; his grandchildren, Isaac, Sophia, John and Natale of Ft. Myers, FL, and Lanie, Landon, Lilly and Lacey of Bridgewater. He also leaves his sisters, Marie O’Hearn of Stoughton, Nancy Weeks Droukas of Plymouth and Karen Hay of Middleboro as well as many nieces and nephews. He was pre-deceased by his brothers Paul and Michael O’Hearn. He will always be in our hearts and lovingly remembered.