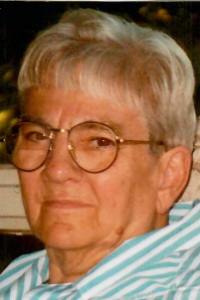 SPENCER: Velmer L. (Frietsch) Rice, 101, of 40 Wall St., died Monday, July 15 at Christopher House in Worcester.
She was the wife of Earl D. Rice who died in 1970.
She leaves her son Donald T. Rice and his wife Kathleen of Spencer, her daughter Susan A. Rice-Myers and her husband Daniel of Sutton, 8 grandchildren, several great grandchildren and a great great grandson, nieces and nephews. She is predeceased by her sons; Bradley S. Rice and Ronald E. Rice and her brothers Thomas and Herbert Frietsch.
Born in Worcester, she was the daughter of Herman and Fannie (Cobb) Frietsch and later graduated from Worcester Girls Trade School. She worked at the former Kelvin Shoe Co. and Spencer Products retiring in 1979.
Her funeral will be held on Thursday, July 18 from the J.HENRI MORIN & SON FUNERAL HOME, 23 Maple Terr., Spencer with a Funeral Mass at 10 a.m. in Our Lady of the Rosary Church, 7 Church St., Spencer. A calling hour will be held on Thursday from 8:45 to 9:45 a.m. in the funeral home. Burial will be in Worcester County Memorial Park, Paxton. In lieu of flowers, contributions may be made to Patient Activity Account, Christopher House, 10 Mary Scano Dr., Worcester, MA 01605. www.morinfuneralhomes.com