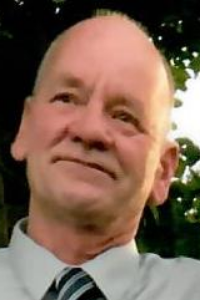 SPENCER: Guy A. Matte, 60, of Paxton Road died on his 60th birthday, Thursday, July 4 in his home after his battle with cancer.
He leaves his fiance Deborah A. Bastien, a son William I. Matte of Webster, a daughter Krystine M. Matte of Putnam,CT, a step-son Dana M. McDonald of Dudley, four brothers; Dale Matte of Webster, Alan Matte of Thompson, CT, Arthur Matte of Webster and Richard Matte of Southbridge, three sisters; JoAnn Fontanella of Thompson, CT, Linda Crowley of Worcester and Kathy Nawrocki of Webster, six grandchildren; Dominick, Victoria, Talan, Gavin, Bruce and Brady, several nieces and nephews. He was predeceased by a brother Stanley Smick.
Guy was born in Webster, son of Arthur and Mabel (Smick) Matte. He was a maintenance mechanic at Rand Whitney for many years. His passions included fixing cars, spending time with his family, and vacationing in Maine. He was also quite the handyman. He was a good hearted, hard working man who found great joy in helping anyone in need.
Memorial calling hours will be held on Thursday, July 11 from 4:00-6:30 PM in J. HENRI MORIN & SON FUNERAL HOME, 23 Maple Terr., Spencer. In lieu of flowers memorial donations may be made to VNA Hospice, www.vnacare.org/donors