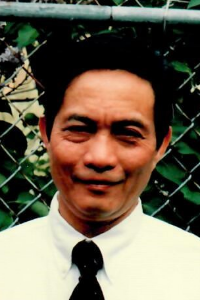 Benigno C. Zarate, a 43 year resident of Charlestown, entered into eternal life on Monday, June 17, 2019 at Massachusetts General Hospital in Boston. He was 75 years of age.

Benigno was born on February 20, 1944 in Tarlac, Philippines, a son of the late Jose F. Zarate and Francisca (Capinding) Zarate. He grew up in Tarlac, Philippines where he was educated and graduated from Tarlac High School. He furthered his education and received his Bachelor of Science Degree. Benigno immigrated to the United States at the age of 18. He enlisted into the United States Coast Guard on February 2, 1967 and served his country of the United States of America with courage and honor during the Vietnam Conflict. He was honorably discharged on February 2, 1972 with the rank of Steward E-3. Benigno worked for over 40 years as an Electronic Technician for Draper Laboratories and retired in 2015. He enjoyed reading, listening to music, watching movies and traveling. Benigno was very outgoing and enjoyed talking and listening to people.

Benigno is the beloved husband of 50 years to Melba (Reyes) Zarate. He is the devoted father of Philip Zarate.

Relatives and friends are invited to attend Benigno's visiting hours on Tuesday, June 25, 2019 from 4 to 7 P.M. with his Funeral Service at 6:30 P.M. in The Carr Funeral Home, 220 Bunker Hill St. Charlestown. His burial is private.