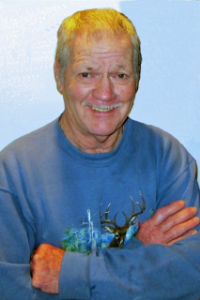 
Charles Russell Holway, 83, known to family and friends as “Russ” passed away peacefully on June 15, 2019. He was the husband of his beloved wife of 63 years, Marguerite (Thomas) Holway.

A North Truro native, he was the son of the late Charles Henry and Emma (Thompson) Holway. Russell was a member of the Provincetown High School Class of 1954, and began fishing shortly after with his father-in-law, Anthony Thomas Sr. and his brothers-in-law on the F/V Richard and Arnold. After 10 years, Russell left fishing to begin a 35-year career with the Truro Department of Public Works, retiring as Superintendent.

He loved to be on the water and enjoyed fishing. He also liked deer hunting and staying in his camp in Maine. Russell played softball on the Cape Cod Old Timers Softball League where his team won the league championship.

In addition to his wife, Russell is survived by his children, Russell Holway of Trenton, ME, Kelly Ruml of Wellfleet, MA, Scott Holway and his partner Kathleen Brine of Eastham, and Jeffrey Holway and his wife Karen McCabe of Truro. He also leaves a brother, Thompson L. Holway and wife Joyce of Eastham, along with many nieces, nephews and cousins. Russell was known as Papa to his 7 Grandchildren, and 7 Great Grandchildren.

A Funeral Service celebrating Russell’s life will be held at 10:00 am, on Friday, June 28th at the Christian Union Church, 27 Shore Road, North Truro.

If desired, memorial donations in Russell’s memory may be made to the Truro Rescue Association, PO Box 2013, Truro, MA 02666.