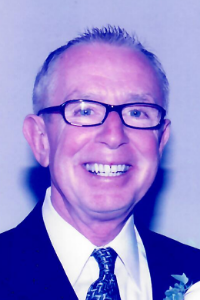 John B. "Jack" Ward Jr., a resident of Admirals Hill in Chelsea, entered into eternal life on Monday, June 3, 2019 at his home from pulmonary fibrosis. He was 72 years of age.

Jack was born in Cambridge on October 31, 1946, a son of the late John B. Ward and Margaret R. (O'Callaghan) Ward. He grew up in Roxbury and Jamaica Plain where he attended St. Thomas Aquinas Parochial School in Jamaica Plain and also graduated from St. Thomas Aquinas High School. Jack entered St. John's Seminary in Boston where he studied and received his Bachelors Degree in Philosophy and Theology. He also received his Masters Degree in Pastoral Counseling. Jack was ordained a Roman Catholic Priest in 1973 at the Cathedral of The Holy Cross in Boston. Following his ordination, Jack was assigned to St. Francis De Sales Church in Charlestown where he served the people of Charlestown for 8 years. He was then assigned to St. Peter's Church in Dorchester for several years and his last assignment was as Pastor at St. Mary of The Angels Church in Roxbury. Jack followed his ministry from the priesthood and began working for Greater Boston Legal Services for 35 years where he retired as Director of Finance and Development. Jack's passion in life was always to be there to help those in need.

Jack is the beloved partner of 38 years to Joe Miglorie. He is the devoted twin of Margaret McCarthy of Canton, and brother of Gerard "Jerry" Ward of Boston and James "Jim" Ward and his wife Anne De Souza Ward of Melrose. He is the loving uncle to 19 nieces and nephews.

Relatives and friends are invited to attend Jack's Funeral Mass on Saturday, June 8, 2019 at 11 A.M. in St. Thomas Aquinas Church, 97 South St. Jamaica Plain (GO DIRECTLY TO CHURCH). His burial is private. His visiting hours will be held on Friday, June 7, 2019 from 3 to 7 P.M. in The Carr Funeral Home, 220 Bunker Hill St. Charlestown.