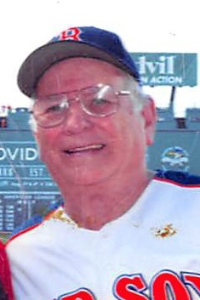 Richard E. Valliere, 80, of Berlin, passed away on Tuesday May 14, 2019 at the St. Vincent de Paul Nursing and Rehabilitation Center after a brief stay. Richard was born in Berlin on April 15, 1939 the son of the late Ernest and Olivette (Baillargeon) Valliere. He was raised in North Stratford, moved for a brief time to Berlin before moving to Nashua where he resided for five years before returning to Berlin in 1969. A United States Army Veteran, Richard was employed by the local paper mill as a fork truck driver before his retirement in 2001. He enjoyed fishing, hunting, driving, genealogy research and traveling. Richard loved his Boston sports teams, bowling, playing cards and especially loved to attend his grandchildren’s games and events.

A Funeral Mass will be held on Tuesday May 21, 2019 at 1 PM at St. Anne Church of Good Shepherd Parish. At Richard’s request there will be no calling hours. Friends and relatives are invited to meet directly at the church. In lieu of flowers, donations in Richard’s memory may be made to the Alzheimer’s Association, 166 River Rd, #210, Bedford, NH, 03110. Arrangements have been entrusted to the Bryant Funeral Homes, Berlin and Gorham, NH.