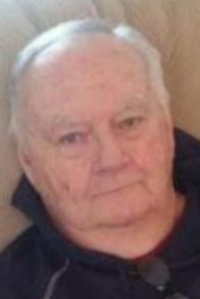 Gilford---David “Ratch” W. Murray, 81, of Elderberry Drive died on Tuesday, May 14, 2019 at the Catholic Medical Center in Manchester.

Dave was born on November 24, 1937 in Manchester the son of the late Timothy and Rosamond (Davis) Murray. He grew up in Manchester, graduated from Manchester Central and went on to study at the University of New Hampshire. Dave worked for Snap-On Tools for over forty-five years and eventually owned and operated Dave Murray Tool Company.

Dave is survived by his wife of fifty-five years, Mary Ellen Murray; two sons, Mark Murray and his wife, Jeanette, of Bow and Michael Murray and his wife, Amanda, of Litchfield; his daughter Ann Crawford and her husband, Brian, of Weare; seven grandchildren, Amanda, Shannon, Makayla, Kendall, Collin, Aiden, Dilan; and his sister, Lorinda Mitchell. In addition to his parents Dave is predeceased by his sister, Susan Montville.

For those wish memorial contributions in Dave’s name may be made to The Shriners Hospital for Children- Boston, Development Office, 51 Blossom Street, Boston, MA 02114.