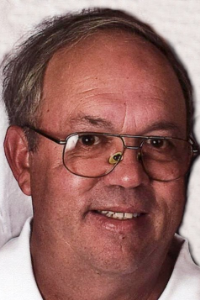 Dennis M. Felizberto, 67, of Tiverton, passed away unexpectedly on Wednesday, May 15, 2019 at St. Anne's Hospital. He was the husband of Eunice C. (Peters) Felizberto.


Mr. Felizberto was born in Fall River, son of the late Manuel and Irene M. (Ferreira) Felizberto and had been a lifelong resident of Tiverton. He worked as a carpenter and was the owner/operator of Dennis Felizberto Builder. He was a communicant of St. Catherine of Siena Church, Little Compton. Mr. Felizberto loved spending time with his family, especially his grandchildren.


Survivors along with his wife include his son: Neil D. Felizberto and his wife Kim of Swansea; a brother: Daniel J. Felizberto of W. Warwick; 2 sisters: Patricia E. Felizberto of Tiverton and Dr. Pamela F. Diamond of Newton; 3 grandchildren: Karissa, Danica and Brody; along with many nieces and nephews.


He was the brother of the late Donald Felizberto.


Funeral to which relatives and friends are invited will be Tuesday, May 21, 2019 from the Potter Funeral Home at 8:30 A.M. followed by a Mass of Christian Burial at St. Catherine of Siena Church, Little Compton at 10:00 A.M.


Interment will be in Our Lady of Fatima Cemetery, Little Compton.


In lieu of flowers, memorial donations may be made to your favorite charity.