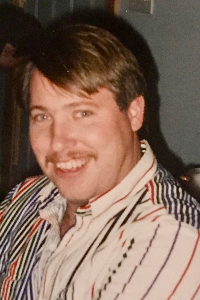 Steven D. Carroll, 55, passed away peacefully on October 29, 2018 at his farmhouse in Manteca, CA, surrounded by his family, his wife Oralia, daughter Andrea Carroll Purviance of Richland, WA, his son Steven Carroll and his wife Ashly of Caldwell, ID, his son Seth Carroll, and his five grandchildren: Thatcher and Tate Purviance, Camden, Audrey, and Penny Carroll.

Steven was diagnosed with Non-Hodgkin Lymphoma in July 2017, and fought it courageously through several rounds of chemotherapy and radiation treatments. In July of this year, Steven underwent newly FDA approved immunotherapy known as CAR T-Cell Therapy. After only having been approved in the spring of this year, Steven was one of the first 25 patients at Stanford Medical Clinics to receive this breakthrough medical care. His case of NHL was too aggressive and the cancer returned. His only concern when he learned this from his medical team was that they had gained knowledge from his case, he was satisfied and pleased with his contribution. Helping others was always first and foremost to him during his whole life, this being the final act of his generousity is what made him special and drew others to him.

Born May 10, 1963 in Norwood, MA his parents Leonard Carroll and Lois (McKenna) Hovey brought him home to join his two oldest siblings, John Carroll of Gardner, MA and Robin Tyo of Chepachet, RI. Less than a year later, his younger brother Jeffrey Carroll of Franklin, MA joined him, inseparable as children; they were each other's best friends for life. He was the much-loved older brother of Deanna Hovey of Pawtucket, RI, and remained close to brothers Bryan and Timothy Carroll of Quincy and LIttleton, MA. He later became a parent to Oralia's two oldest sons, Kevin and Allen Moreno, and later grandfather to their three children.

Steven is also survived by his nieces and nephews Michelle, Stephen, Jason, John, Philip and Jeffrey, as well as their five children, who admired him very much. He was the stepson of the late Charles Hovey of Norfolk, MA and the late Patricia Carroll of Quincy, MA.

An accomplished journeyman by trade, Steven was a 1981 graduate of the Norfolk County Agricultural High School in Walpole, MA, having attended with his former wife, Wendy (Carter) Barcelo, now of Richland, WA. He was proud of his years at the 'Aggie' where he was a Forestry Major and an active member of Future Farmers of America. He competed and placed first for both the local chapter and state competitions in Agricultural Mechanics with the FFA. The skills learned through the school and organization were used throughout his life careers as part of agriculture and related machinery industry.

His skills and his kind demeanor caused him to be specifically requested for repairs on jobsites both nationally and internationally. While he enjoyed his opportunities to travel abroad, his favorite travels brought him to rural America, and most importantly to his New England home. He returned home in the fall many times to continue working side-by-side with his mentor and lifelong friend Bill Slattery at his cranberry bog harvesting each season's crop. Bill and his wife Beverly were loved by him and they maintained a close relationship for over forty years.

An avid fisherman and all around outdoorsman, he enjoyed sharing these activities with family and friends. He was highly regarded as a mechanic and restorer of antique trucks and tractors, his Farmall F30 being his favorite. He often attended the truck and tractor shows, being recognized by many in attendance. He showed his restorations at many California shows, and was requested as a parade participant in his city of Manteca, as well as the agricultural community in the intermountain region of northern California.

Services to memorialize Steven are being planned.

Arrangements are under the care of the Charles F. Oteri and Son Franklin Funeral Home 33 Cottage St. Franklin. Guestbook www.oterifuneralhome.com