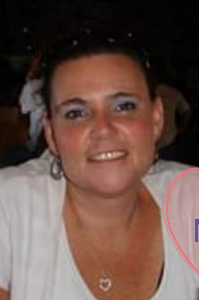 April Renee Parkhurst, 49, of Anderson, died May 5, 2019 at Community Hospital in Anderson,
She was born on March 5, 1970 in Anderson, the daughter of Jerry Lee and Vicki (Gobin) Hancock. April worked as a waitress for many years at Perkins and prior to that Red Lobster. She kept active as a Cub Scout, Boy Scout and Girl Scout leader over the years and enjoyed gardening, cooking and tubing on the river.
She is survived by her mother, Vicki Blair; her significant other, Josh Jessee; three children. William Andrew Parkhurst, Ryan Levi Parkhurst, and Elizabeth Marie Jessee; three sisters, Roxanna Craig, Kristina Brewer, and Jilayne Gipson and several nieces and nephews. She is also survived by her cousin/bff sister, Melissa Hart and her son, Matthew.
April was preceded in death by her dad, Jerry Lee Hancock; sister, Victoria Dawn; Son, Jerry Wayne Parkhurst; and ex-husband, Billy Parkhurst.
Funeral services will be held on Thursday, May 9, 2019 at 2PM at Rozelle-Johnson Funeral Service West End Chapel. Visitation will begin at 12:30 PM Thursday, prior to the funeral.
Burial will take place at East Maplewood Cemetery.
Memorial contributions may be given to the funeral home to assist with the funeral expenses.
Post online condolences at www.rozelle-johnson.com