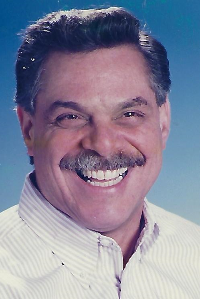 Vincent “Vinnie” Ursitti of Mystic, CT. passed away on April 30, one week shy of his 70th birthday, due to complications from cancer. He was born and raised in the Throggs Neck section of the Bronx. Throughout the years he often commented that he loved having many great friends in close proximity and being able to walk/bike everywhere in the communal urban atmosphere of “The Neck”. Memorable pastimes were playing stickball and handball. He liked to talk about the fact that there were still farms in the Bronx when he was growing up.

Shortly after graduating from high school, Vinnie enlisted in the US Navy during the Vietnam War. He was a second class shipfitter, honorably discharged following four years of service. For the next two years he worked all over NYC along side his dad as an ironworker out of Local 580 “The Inter-national Association of Bridge, Structural, Ornamental and Reinforcing Iron Workers”. His expe-riences as a shipfitter in the Navy and as an ironworker spurred him to study engineering. He went on to receive AS, BS and MS degrees in Civil/Structural Engineering and obtained a Professional Engineering license in Connecticut. Vinnie’s professional career was in the defense and commercial nuclear power industries.

It was when Vinnie returned to school after Naval service and ironworking that he met the love of his life, Nina. They married in 1974 and relocated to southeastern CT, established roots and raised two wonderful sons, Andrew and Albert. He was a nurturing and devoted father. He loved all of his family, immediate and extended.

In his spare time he was happiest with a tool in his hand, always working on home improvement and woodworking projects. In the 90s, he designed a large addition to his home in Mystic, acting as general contractor and doing much of the labor himself. He took great pride in passing on his talents to his two sons.

Vinnie is survived by his wife Nina of 45 years; son Andrew of W. Lafayette, IN; son Albert and his wife Emma of Fullerton, CA; mother Mary, sister Roseann and her husband Robert of Cape Coral, FL; sister-in-law Nancy of Lehigh Acres, FL; brother-in-law Robert of Yonkers, NY; brother-in-law Dennis and wife Rea of Dobbs Ferry, NY; several aunts and many nieces, nephews and cousins. He was predeceased by his father Luciano and younger brother John.

The family extends heartfelt thanks to everyone who provided compassionate and thoughtful care during his extended illness.

A Funeral Mass will be celebrated on Saturday, May 18, at 11am at St. Mary Mother of the Redeemer Church, 69 Groton Long Point Rd, Groton, CT. Burial will be held at a later date. In lieu of flowers, Vinnie requested that donations be made to the American Lung association or the American Cancer Society.