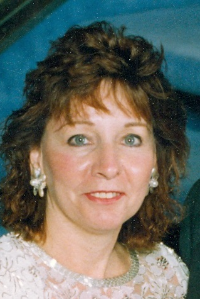 Carol A. Quinn, age 74, of Woburn passed away peacefully, May 1, 2019, following a brief illness. She was the beloved husband of Richard F. Quinn together sharing 54 years of marriage. Born in Woburn, Carol was the daughter of the late Edward F. and Mary (Pandolph) Willett.


Carol was a 1964 graduate of Woburn High School. Following her marriage she moved to Easton in 1972 where she would raise her family. She returned Woburn in 2001 and has been a resident of Woburn since then. Carol was a longtime employee of the New England Sinai Hospital in Stoughton where she was the unit secretary of the X-ray Department. In her leisure time she enjoyed going to bingo, antiquing and exercising. Carol was very social and loved interacting with friends and family. She also had a strong Catholic faith and enjoyed practicing her faith and attending church regularly. However, her greatest joy was her family and especially her grandchildren whom she adored. She was always front and center at any school activity or sporting event that her sons and grandsons were involved in. She was their number one fan.


In addition to her beloved husband, Carol is survived by her sons; Sean Quinn of Singer Island, FL and Kevin Quinn of North Attleboro and his late wife Dianne. She was the loving grandmother of Matthew and Joseph Quinn. Cherished sister of Joan Lalicata and her husband Guy, Ruth Dolan and husband Timothy, and John Willett, all of Woburn, the late Edward, Anthony, Paul and Robert Willett. She is also survived by many loving nieces and nephews.


Funeral services will be held from the McLaughlin - Dello Russo Funeral Home, 60 Pleasant St., Woburn, Tuesday, May 7th, at 9 a.m. Followed by a funeral Mass celebrated in St. Barbara Church, 138 Cambridge Rd., Woburn, at 10 a.m. Relatives and friends are respectfully invited to attend. Visiting hours Monday from 4 to 8 p.m. Services will conclude with burial at Calvary Cemetery, Winchester.