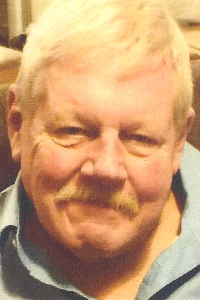 Dennis E. Anderson, age 68, of Norton, formerly of Foxboro, passed away unexpectedly on Sunday, April 21, 2019 at Rhode Island Hospital in Providence. He was the beloved husband of Patricia A. (Romano) Anderson, to whom he was wed on September 11, 1976.

Denny grew up in Foxboro and was a 1968 graduate of Foxboro High School. During the Vietnam Era, he proudly served his country for four years as a member of the United States Navy and was honorably discharged with the rank of ADJAA.

At the time of his death, Dennis had been employed for many years as a grinding set-up operator at Tegra Medical in Franklin and had previously worked for over twenty years at the former Cleveland twist Drill in Mansfield.

A resident of Norton for the past forty-one years, Denny was an avid outdoorsman who loved fishing and hunting and spending time with his adoring family.

In addition to his wife, he is survived by his devoted daughter Christine M. Anderson and her boyfriend David B. Lemaire of North Attleboro. He was loving grandfather of Savannah Rose Lemaire. He was the dear brother of Evelyn Gallagher and her husband Peter of Wells, Maine and the late Patsy Cady and Mary Lou Miner. He was the son-in-law of Patrick J. Romano of Taunton and the late Rose Romano and is also survived by many nieces and nephews.


Visiting hours, to which relatives and friends are cordially invited to attend, will be held on Sunday, April 28th from 2:00-4:00 P.M. at the Norton Memorial Funeral Home, 19 Clapp St. (Off Route 140, Taunton Ave.) Norton.

A funeral service will be held at the conclusion of visitation at 4:00 P.M. at the Norton Memorial Funeral Home. Burial will be private

In lieu of flowers, donations in Dennis’s memory may be made to the New England Center and Home for Veterans, 17 Court St., Boston, MA 02108.