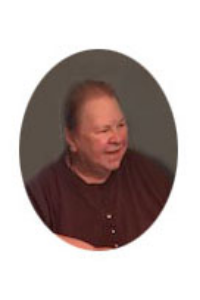 Stephanie (Zuis) Camic, age 77 of Brockton, died Monday April 15, 2019 at Southeast Rehab & Skilled Care Center in N. Easton. She was the devoted wife of the late Joseph Camic and loving mother of Mary Monica Camic of Randolph. She was the sister of John Zuis and his wife Julie of Brockton; James Zuis and his wife Eileen Curran of Sharon; Joseph Zuis of Mass and the late Mary Zuis.

Stephanie was born in Boston a daughter of the late Joseph and Stephanie (Siniauskas) Zuis She was raised in Boston and later in Sharon where she was a 1959 graduate of Sharon High School. Before her marriage, she had been a bookkeeper for several car dealerships.

In her free time, Stephanie enjoyed crafting. She was devoted to her home and family and was a loving mother to Mary Monica. She will be remembered as being true to her faith.

Visiting hours will be held in the Conley Funeral Home 138 Belmont St. (Rte. 123) Brockton of Friday April 19, 4-7pm. A procession will gather at the funeral home on MONDAY April 22 at 8am for a 9am funeral Mass in Our Lady of Lourdes Church, Brockton. Burial will be at a later date in Mt. Benedict Cemetery. Donations in Stephanie’s name may be made to the Golden Opportunities for Independence, 323 High Street, Walpole, MA 02081. For online donations click here