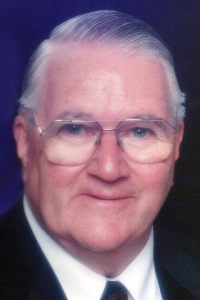 Reverend Francis B. Morse, Jr., 89, of New Bedford, passed away peacefully at home surrounded by his family on Wednesday April 10, 2019.

Francis was the son of the late Francis B. Morse, Sr. and Josephine (Berry) Morse of New Bedford and brother of the late James A. Morse of Dartmouth.

Francis was an active duty sergeant of the Army National Guard, having served during the Berlin Crisis in 1961 and in the Yankee Division 126 Battalion 212 Field Artillery 82nd Airborne Supply at Fort Bragg; member of the American Legion and the Forty and Eight; former assistant pastor of The First Baptist Church in New Bedford; pastor of The Caroline Chapel; member of the Justice of the Peace Association; and former member of the National Highway Safety Advisory Committee under President Ronald Reagan. He also proudly owned and managed Adams Trucking and Air Freight Company for over 50 years until he retired at age 75.