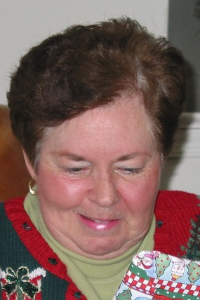 Jeanne E. (McLellan) Bundtzen, RN, 72, of Franklin, died peacefully, with family at her side, at her home, Sunday April 7, 2019, following a long illness. She was the wife of the late John E. Bundtzen.

Born June 16, 1946, in Boston a daughter of the late Alexander and Kathleen P. (Lyons) McLellan, she was a former resident of East Falmouth and Whitinsville, before moving to Franklin in 2003.

She was raised and educated in Woburn, was a graduate of Woburn High School class of 1964. She continued her education at Plymouth State College and graduated in 1966. Jeanne worked as a registered nurse for Memorial Hospital in Worcester.

Jeanne enjoyed spending time with her family and was a communicant of St. Mary’s Church in Franklin.

She is survived by a son in law, Hengky “Hank” Gunawan Pek of Franklin, and her grandchildren, Liam M., Aidan L., Cullen W., and Keira Pek.

Calling hours are Wednesday at the Charles F. Oteri and Son Franklin Funeral Home 33 Cottage St. from 9-10:30AM.

In lieu of flowers, donations in her memory may be sent to the National Multiple Sclerosis Society, Greater New England Chapter 101A 1st Ave. Waltham, MA 02451.