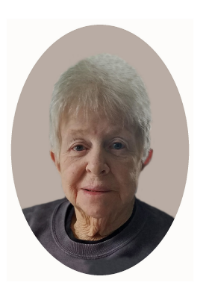 Marie A. (LaBate) Silva, age 79, of Brockton, died peacefully April 3, 2019. Marie was the loving wife for 58 years of Joseph T. Silva, Sr. Born and raised in Brockton, she was the daughter of the late Louis and Gladys (Reardon) LaBate. Marie was a graduate of Brockton High School and had been employed by BJ’s Wholesale Club for 20 years, retiring as the Demo Food Manager. She was always caring for and watching over others. Marie was a longtime communicant of St. Colman Church and enjoyed crossword puzzles, knitting and crocheting.

Marie was the mother of Susan Jones of Plymouth, Joseph Silva, Jr. and his wife Patti of Taunton, Michael Silva of Brockton and the late Chrissy Mather; grandmother of 12 and great grandmother of 18. She was the sister of Francis LaBate of Falmouth and the late Louis LaBate, Jr., and sister in law of Sheila LaBate and Patricia LaBate. She also leaves her longtime best friend Jackie Hanify and several nieces and nephews.

Visiting Hours will be held in the Conley Funeral Home, 138 Belmont Street (Rte 123) Brockton, Sunday, April 7, from 2-5pm. The funeral procession will gather at the funeral home Monday at 11am for a 12pm Funeral Mass at Christ the King Church. Burial will be held at a later date in Calvary Cemetery. Donations in Marie’s name may be made to the Dementia Society of America, PO Box 600, Doylestown, PA 18901.