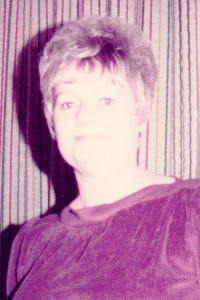 Marilyn Elizabeth Quaale, age 80, entered into rest on March 31, 2019 at her home in Prosser. She was born on July 1, 1938 in Cleveland, Ohio to Norman J. and Marcella (Bradley) Jordan. In her early teens, the family moved to Los Angeles, California where she graduated from Rosemead High School. While in Los Angeles, she met Donald Quaale and they were married on May 3, 1958. The couple settled in Prosser in 1977 where Marilyn worked for Seneca until retiring in 1996.

Marilyn enjoyed the simple life, spending time with friends and being a homemaker.
She was a member of the Messiah Lutheran Church.

Marilyn is survived by her son, Rick Quaale of Prosser; sister, Joyce Whiteman of Spokane; and numerous nieces & nephews. She was preceded in death by her parents; her husband, Donald in 1993; sister, Pat Nickels; and brother, Jim Jordan

Visitation is scheduled for Thursday, April 4, from 4:00 to 7:00 PM at Prosser Funeral Home. A Funeral Service will be held at 11:00 AM on Friday, April 5 at the Messiah Lutheran Church in Prosser. A private family graveside service will follow. You may leave a message for the family at www.prosserfuneralhome.