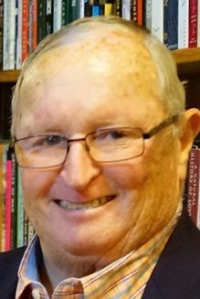 A guitar player and vocalist, Jack started his musical career in Norwich, CT with the Rose City Trio at age 14. He continued for the next 50 years with The Rainbows, who became The Graduates, with his best friends Bob Brouillard, Hank Schaffer and Dick Tarryk. He often sang in the Naples, FL area.

A graduate of Norwich Free Academy in the Honors Division, 1961, Jack went on to Eastern, Willimantic Teachers College; he played on the college’s inaugural soccer team from 1961-1962. He earned his 5th and 6th year degrees from UCONN, Storrs.

He was born in Norwich, CT, the youngest son of Alfred and Lulu Larkin L’Homme on August 20, 1943. His sister Dorothy Yerks and brothers, Dick, George, Don and Bob predeceased him. He remained very close to his nieces, the children of Dorothy Dick and Bob; Darlene, Doreen, Melanie, Janice, Marie, Diane, Alicia and many more. He leaves behind brothers-in-law Brian, Terry, Paul, Mark, sisters-in-law Connie and Martha McKenna and husband Charles Young.

While a resident of North Stonington and Mystic, Jack coached Little League teams and was a longtime member of the Mystic Lions Club, the Westerly Yacht Club and the Elks Club.

A Mystic resident since marriage, and a winter resident of Naples, FL, Jack celebrated and enjoyed life and family to the fullest, traveling worldwide and scouting out Naples in his later years. He will be so missed by so many.

Jack's family will greet relatives and friends on Wednesday, April 3, from 3 to 5pm at the Dinoto Funeral Home, 17 Pearl Street, Historic downtown Mystic. A Celebration of Life will iimmediately follow at the Stonington Yacht Club.