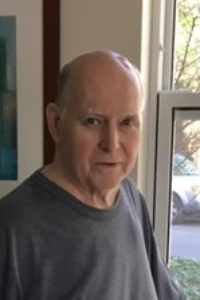 Richard F. Mason, age 71 of Franklin, MA on March 21, 2019. Son of the late Richard and Theresa (Hayes) Mason, Richard was born and raised in Brighton, MA.

He was a former sprinkler fitter and a member of the Sprinkler Fitters Local 550. He served in the U.S. Army Reserve and was an avid sports fan. He loved history, gardening and cooking.

He is survived by his loving wife, Deborah, his beloved Aunt Evelyn Hayes of Yarmouth Port, his dear sister Joan and brother in law Philip Hughes of Woburn, his step-daughter Gretchen Weismann and her Husband Nick Kosiavelon and grandchildren Camille and Arthur of Newton. Nieces and nephews include Rick Hodgdon and his wife Emily & their children Joseph and Annabelle of Maryland, Philip and his wife Carol Hughes of Wilmington, Timothy Hughes of Waltham, Patricia and her husband Michael Robin of N. Attleboro, Jennifer and her husband Stephen Coonrod of Londonderry, NH, and eight grand nieces and nephews.

Donations may be made in Richard's name to the Dana Farber Institute in Boston.