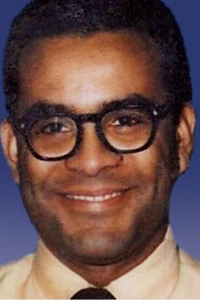 It is with great sadness that we announce the passing of Carl Hamilton Winfield. Carl was born February 21, 1931 and lived a long eventful life. He was born in Brooklyn New York to Caribbean immigrant parents who came seeking a better life for themselves and their family. He was the fifth of the eight children born to James and Lillian Winfield. During his youth he survived the great depression, World War II, Rheumatic/Scarlett Fever and other personal and world events. During his illness he discovered his passion for photography and the processes that made it possible. Carl single-mindedly pursued a scientific education leading to a Bachelor and Masters of Science in Chemical Engineering.

After serving stateside in the US Army during the Korean War, he worked for Kodak, Celanese and finally Polaroid, where he was employed for over 30 years. Carl specialized in process engineering. He figured out how to successfully take ideas and turn them into tangible products that everyday people could use to capture the best moments of their lives.

In addition to photography Carl was passionate about farming, an interest he acquired from his grandmother. She taught him, as a young boy, how to grow, harvest and roast peanuts. Every summer would bring a bounty of tomatoes, corn, eggplant, squash, radishes and other produce. Carl joyfully shared his bounty and growing knowledge with family, friends, and neighbors.

Carl was a dedicated and loving husband to his wife of nearly 60 years. Carl has said that the first time he met Jean Hallett he knew that he had seen the most beautiful woman in the world and that he would marry her. Carl has cared for and taken care of Jean in sickness and in health. He was an inspirational father to Paul, Gary, Douglas, Carla and Lisa. He was also an amazing grandfather to Lisa's Daughter Amanda. He was always kind, patient, loving and proud. He was always there for her. She learned so much from her grandparents...arts, technology, politics, creativity and inquisitiveness.

Carl was an amazing man. He embodied a quiet inner strength that always propelled him forward. Carl was steadfast and supportive of other's success. He knew that with perseverance, patience and hard work any goal was achievable.

Carl will be forever loved and forever missed.

Funeral Services in the Dockray and Thomas Funeral Home on Tuesday at 11:30 AM Relatives and friends are respectfully invited to attend visiting hours prior to the service from 10:30 -11:30. Interment Knollwood Memorial Park. If desired donations in Carl’s memory can be made American Heart Association at www.heart.org or Democratic Party at www.democrats.org