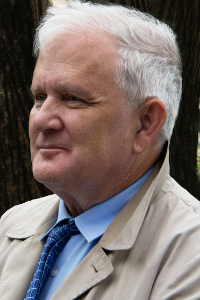 Brian was a graduate of Boston College and received his Masters in Urban Affairs from Boston University in 1974. He retired as an Urban Planner for the city of Lowell in 2011. He was elected to the Newton City Council in 1987 and completed his last term as Councilor-at-large in December 2017 after 30 years of service.

Funeral from the George F. Doherty & Sons Funeral Home, 1305 Highland Ave. Needham on Wednesday at 9:30am followed by a Funeral Mass at Mary Immaculate of Lourdes Church, Newton Upper Falls at 10:30am. Relatives and friends kindly invited. Visiting hours at the funeral home on Tuesday from 4-8pm. Interment in St. Mary Cemetery, Needham. In lieu of flowers expressions of sympathy may be made in Brian’s memory to Mary Immaculate of Lourdes Church or to Friends@HemlockGorge.org.