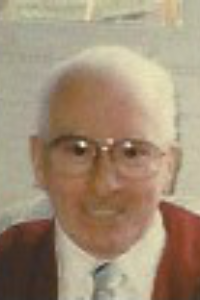 William P. “Bill” Quinn 89, of Bellingham, died peacefully, Thursday Feb. 28, 2019 at Genesis Milford Center following an illness. He was the beloved husband of Mary I. (Andrews) Quinn, with whom he shared 61 years of marriage.

Born Sept. 5, 1929 in Boston, a son of the late James P. and Margaret C. (Mallett) Quinn, he was a former resident of the South Shore and Needham, before moving to Bellingham 19 years ago.

He was raised and educated in Dorchester and worked as a maintenance clerk for the post office in South Boston.

A proud American, he served in the United States Army during the Korean War, he attained the rank of Corporal and was awarded the Korean Service Medal with 3 Bronze Stars and the United Nations Service Medal. He was honorably discharged in April 1953.

In addition to his wife, he is survived by his children, Kathleen M. Knight and her husband Philip of Bellingham, Theresa A. Labitue and her husband Kevin of Florida, a brother Joseph Quinn of East Weymouth. He was the proud grandfather of Laura, Stacy and Arthur Knight. Also surviving are many nieces & nephews.

Relatives and friends are invited to attend his funeral Wed. Mar. 6th in the Charles F. Oteri and Son Franklin Funeral Home 33 Cottage St. at 10:30AM.

Interment with military honors will follow at the Massachusetts National Cemetery.

Calling hours are Tues. from 6-8PM.

Due to floral limitations at the cemetery, donations in his memory may be sent to the United Spinal Association 54 Nashua St. Milford, NH 03055.