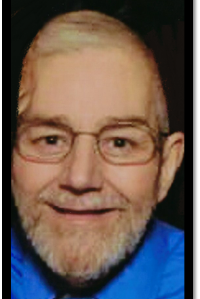 John T. Young, age 61 of Canton passed away February 24th at Beth Israel Deaconess Hospital in Boston. Born and raised in Quincy, he attended Quincy High School and was a veteran of the United States Marine Corp. He worked as the head custodian at the Galvin Middle School in Canton for several years before retiring. He was also the former owner and operator of the Family Diner in Quincy and a diner in Wells, Maine. He also previously worked as a dispatcher and driver for the Quincy Cab Co. and worked part time for the Robert Young Construction Co. in Quincy. He has lived in Canton for the past 26 years and in his free time enjoyed cooking and playing poker.
Beloved husband of Elizabeth M. “Betty” (Roster). Father of Steven Young of CA, Jennifer Young and her fiancé Andrey Bushin of New Bedford, and Sgt. Timothy Young, USMC of CA. Son of the late Walter and Margaret Young. Brother of Robert Young of Quincy, William Young of FL, Walter Young of Middleboro, Richard Young of FL and the late Margaret “Peggy” Yeomans, Paul, Charlie, and Woodrow Young. Also survived by many nieces and nephews. Visiting hours at the Dockray & Thomas Funeral Home 455 Washington St. Canton Wednesday February 27th from 5-8 pm. A Memorial Mass will be held at St. John the Evangelist Church Canton Friday March 8th at 10 am. Donations may be made in his memory to the Canton Public Schools 960 Washington St. Canton, MA 02021.