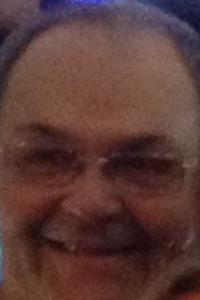 Born in Milford, April 9, 1949, the son of the late Joseph C. and Josephine B. (Ristaino) Quinn, Paul was a lifelong Franklin resident. He was a graduate of Franklin High School, Dean College and received his master’s degree from Western New England College in 2003.

He was also a lifetime member of the Franklin Lodge of Elks.

Paul enjoyed collecting coins and gardening, going to Red Sox spring training in Florida and above all his beloved dogs.

He is survived by his brother William J. Quinn of Franklin.

Paul is also survived by many cousins.

His funeral will be held on Saturday, March 2 from the Ginley Funeral Home of Franklin (www.ginleyfuneralhomes.com) 131 Main Street Franklin at 11:30 followed by a funeral mass in St. Mary’s Church at 12:30.

Burial will be in the parish cemetery.

Calling hours will be on Friday from 5-7 p.m.

In lieu of flowers, donations may be made in his memory to the Dana Farber Cancer Institute, 20 Prospect Street, Milford, MA 01757.