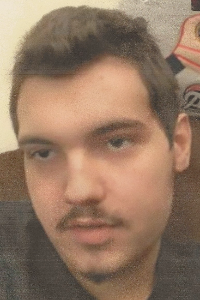 Edwin M. “Eddy” Robitaille, age 16, a lifelong resident of Mansfield, passed away peacefully, in the comfort of his home, surrounded by his loving family and cherished friends on Wednesday, February 20, 2019.

Born in Brockton, MA on November 5, 2002, he was the beloved and devoted son of Michael J. and JoAnn (Rego) Robitaille of Mansfield.

Eddy grew up and was educated in Mansfield. He was a Sophomore with the Class of 2021 at Mansfield High School, where he was involved with the photography club.

Eddy was a typical teenager who loved spending time with his family and close network of many friends. Some of his favorite times included gaming and especially trips to the Quincy Quarries Reservation. He participated in Karate and when younger could often been seen riding his bike around town.

In addition to his parents, he is was the loving grandson of Joan Davison of Texas and the late Gene Davison and Edwin and Patricia Rego. He was the adoring nephew of Mark Robitaille, Scott Robitaille and his wife Janita, Glenn Robitaille and his wife Karen, Tami Rodrigues and her husband David and Theresa Demers and her husband Tom. He was the devoted cousin of Jeremy, Stephanie, Keisha, Nathan, Brianna and Paul Robitaille, Amber and Rebecca Rodrigues and Ashley and Jacob Demers. He was the loving boyfriend of Kayla Fontaine and is also survived by many close friends.

His funeral service, to which relatives and friends are cordially invited to attend, will be held on Thursday, February 28th at 10:00 A.M.in the First United Methodist Church, 20 Hoppin Hill Ave, North Attleboro. Burial will follow at Knollwood Memorial Park in Canton.

In lieu of flowers, Eddy’s family has requested that donations in his memory be made to the Tomorrow Fund at Hasbro Children’s Hospital, 593 Eddy St., Providence, RI 02903.