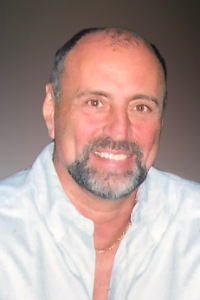 CENTER HARBOR---John William Xavier, 71, much beloved husband, father, grandfather, brother, uncle and friend was tragically taken from us on Sunday, February 10, 2019 after an almost 5 year battle with pancreatic cancer.

John was born in Providence, Rhode Island on September 14, 1947 to parents John and Mary (Papa) Xavier. John attended and graduated from Rhode Island College in 1969 and shortly thereafter earned his Master’s degree in Elementary education.

John was a dearly loved teacher who changed many lives for the better and who’s effect was far-reaching. John was an elementary school teacher of both 6th grade and science for 28 years in Warwick, Rhode Island. He married the love of his life, Ann B. (Friedman) Xavier in 1983. John was an avid gardener, boater, and always had a project he was working on.

The most important thing to him in his life was his family. Another love of his life was the Lakes Region and John spent many happy weekends and summers on the Big Lake. In 2002, he and Ann were finally able to fulfill their dream to retire to the area full time.

John is survived by his wife of 35 years Ann, his daughters Rachel Xavier Poole and her husband, James and Elizabeth Xavier Lawrence and her husband,William; his brother Robert Xavier and his wife Donna; his grandchildren Cohen, Emmylou, and Madeleine, and his much loved in-laws Michael and Vicki Kay. He is also survived by his other children John J. Xavier and Sarah Prata.

Calling Hours will be held on Saturday, February 16, 2019 from 9:00am - 11:00am at the Wilkinson- Beane-Simoneau-Paquette Funeral Home, 164 Pleasant Street, Laconia, NH using the Carriage House entrance.

A Funeral Service will follow the calling hours at 11:00am also at the Funeral Home.

For those who wish, the family suggest that, memorial donations can be made to the Pancreatic Cancer Action Network, www.pancan.org.