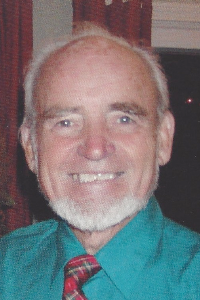 Born on September 4, 1935 in Glasgow, Scotland, he was the son of the late James and Annie Quigley. In addition to his wife, Janice, he is survived by Elaine Richard, daughter, Kate Richard granddaughter and Jim Richard, son-in-law of Bradenton, FL; William Shaul, stepson and Elizabeth Shaul, granddaughter of Canton, MA.

After serving in the Royal Scottish Fusiliers in the jungles of Malaysia, he completed his duty at Edinburgh Castle. He worked as a projectionist at a large cinema in Glasgow and was then hired by Rolls Royce where he learned about computers.

Jim and his first wife, Anne, came to the United States in 1965 settling in CT where he established his own Data Processing company. After selling his company he worked in CT and NJ as a Systems Analyst until retiring early and moving to North Attleboro, MA in 1985. Once settled he enjoyed working part time for American Auto Auction for a few years. For many years after retirement Jim played tennis every morning with a group of friends and Bridge almost every day.

Jim and his wife Janice met in 1986 as they were singing with Norton Singers' production of Pajama Game. Jim bought a home in St Petersburg, FL where they spent many winters and they spent summers in Norton where they are members of Chaminade Opera Group (Chaminade Pops Singers). Over the years Janice and Jim provided musical programs at Nursing Homes in Florida and MA. Jim's motto always has been that "Laughter is the best medicine!" And he could always make people laugh.

His funeral Mass, to which relatives and friends are cordially invited to attend, will be celebrated on Saturday, February 9th at 12:00 P.M. in Saint Mary’s Church, 1 Power Street, Norton. Burial will be private.

Visiting hours are omitted and those wishing nay remember Jim with a donation in his memory made to the Chaminade Singers and mailed to Anna McReynolds, P.O. Box 343, Norton, MA 02766.