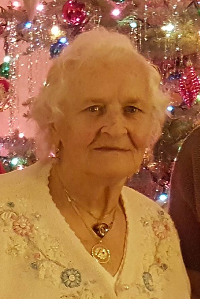 She was born in Kluszkowce, Poland, a daughter of Stanislaw and Katarzyna (Mazgaj) Niemiec and moved to Dudley in 1974.

Mrs. Kokosinska was a kitchen helper at a forced labor farm during the German occupation in World War II. When she came to this area, she worked as a spinner at Anglo Fabrics Company in Webster for many years before retiring in 1999 at age 70.

She was a communicant of Saint Joseph Basilica and a member of its Holy Rosary Sodality, Sacred Heart Society and St. Anne Society. She enjoyed knitting, cooking and painting. In Poland she stenciled freehand on the walls of people’s houses.