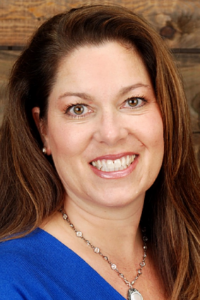 
Judith Ann Shea (Hashem), age 55, of Natick, MA, passed away peacefully, surrounded by her family, on October 19, 2018. She was born in Abington Township, PA on August 22, 1963 and raised by her parents, Barry and Isabell Hashem, in Endicott, NY. She attended and graduated from Union Endicott High School (1981) and the University of Scranton (1985), where she met her husband, Dan Shea. Judy was a proud participant and coach on Scranton’s cheerleading team and graduated with a BS in Physical Therapy. Judy had a 32-year career as a PT where she passionately perfected her craft, mentored colleagues, taught physical therapy students, and started her own business. Judy, being a life-long learner, furthered her education and received a Master’s degree from Regis College in Leadership and Organizational Change.

Judy had a passion for service and helping others, which was manifested in both her work and her involvement within the community. Judy was an active participant in the Rotary Club of Natick and served as the President from 2014-2015. Judy truly embodied the Rotary Club’s motto, “Service Above Self,” throughout her life. She was a founding member of Embrace A Family, a local nonprofit organization that aids families in the Natick community struggling with the hardships of cancer. Judy’s uncanny ability to make an instant connection with people was evident by the incredible outpouring of love and support from the people in her village, near and far, during her own battle against cancer. The Shea family expresses its deep gratitude to so many in the Natick Community for the amazing, limitless expressions of love and support that have been showered on Judy and the family for the past two plus years.

While Judy devoted much of her time and efforts towards Physical Therapy and service, nothing meant more to Judy than her family. Judy was a loving wife to Dan for 32 long, beautiful years and a devoted mother to Ben and Kiki. She was the heart and soul of her immediate family and the person everyone in her extended family sought out for advice on everything from healthcare to shoes. Judy, the unsung hero in her family and her community, will be missed by so many.

Judy is survived by her mother, Isabell Hashem, of Endicott, NY, husband Dan Shea of Natick, MA, daughter Kiki Sowell (Austin) of Durham, NC, son Ben Shea of Charlotte, NC, and siblings Jan McGregor of Endicott, NY, Kay Bohlman (Lee) of Shortsville, NY, Betty Barrett (Shaun) of Rochester, NY, Army Brigadier General John Hashem (Debbie) of Stuttgart, Germany, and Theresa Gage (David) of Geneva, NY, 4 brothers-in-law, and 17 nieces and nephews. A funeral Mass will be held at Saint Linus in Natick at 10:00am on Saturday, October 27, 2018. A reception in celebration of Judy’s life will be held following the funeral Mass. Additionally, a memorial mass will be held in Endicott, NY before the end of the year.

In lieu of flowers, the family requests donations to Embrace a Family c/o The Rotary Club of Natick, P.O. Box 16 Natick, MA 01760 or http://www.embraceafamily.org.