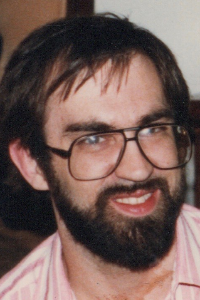 Kurt was born in St. Paul, MN on October 8, 1953 to Marvin and Loey Freiermuth. Kurt attended the Sacred Heart Catholic grade school and then went to the Maplewood public schools for middle and high school. Right after graduating from high school, Kurt enlisted in the U.S. Navy where he served as a galley cook on the nuclear fast attack submarine U.S.S. Billfish SSN676. After leaving the Navy, Kurt took advantage of his G.I. Bill benefits and earned an Associate’s Degree from Lakewood Community College and then graduated with an Electrical Engineering Degree from the University of Minnesota’s Institute of Technology.

Kurt began his engineering career in 1980 at Honeywell in the electronic receiving and inspection department as a quality engineer. Kurt spent 10 years working for Honeywell, first at the Hopkins plant and then at the state of the art Electronic Test Center in New Hope. After leaving Honeywell, Kurt spent some time as an engineering consultant before joining Kavorus (DTN) where he programmed in Windows for television weather graphics. After Kavorus, Kurt returned to engineering consulting for a few years. Kurt was retired at the time of his death.

Kurt was a world traveler. The Billfish had ports of call in Greece and Italy. After the Navy, Kurt traveled to Israel and Egypt. On another trip he revisited Greece and Italy, countries he had first experienced as a young sailor. Kurt was an avid reader of anything from science to philosophy, cosmology to mathematics, and history to fiction and science fiction. He was an art lover, and an artist with over 120 original pieces of artwork he painted himself adorning his condo walls. Kurt loved to listen to a great variety of music from Abba to Zappa. Kurt wrote a program to generate fractal plots on his computer long before fractals were cool. Kurt loved his family and family gatherings and will be sorely missed by his friends and family.

Kurt is survived by his mother Loey; his brother Mark (Melanie); and nieces and nephews Mandi, Taylor (Terri), Danielle, and Blake; and a special friend Tom Streater. He was preceded in death by his father Marvin.

Private family services and interment will be held at the Cemetery of St. John the Baptist, Hugo, MN. The Sandberg Funeral Home of North St. Paul is assisting the family with arrangements.

Kurt and his family would like to thank the very caring doctors, nurses, and support staff at the VA Hospital. We would also like to thank all of the staff at Hopkins Health for taking such kind care of Kurt.