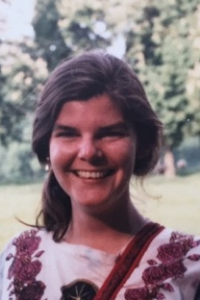 Sheila McALeer, age 55 of Santa Rosa, California, formerly of Marshfield, passed away peacefully on September 23, 2018 after a brief illness. She is survived by her husband Mario Piccardo and her son Maxwell Piccardo both of Santa Rosa, her parents Donald and Ann (Teehan) McAleer of Marshfield, her sister Kathleen McAleer and her husband William White of Marshfield, her brothers Michael and his wife Karen (Clemente) of Wyckoff, New Jersey, Bruce and his wife Veronique (Desbois) of St. Maur des Fosses, France, and Paul and his wife Jessica Garretson of Calais, Vermont, her aunt Maggie McAleer of The Villages, Florida, and her nieces and nephews Alec, Ian and Cecilia White, and Samantha and Brandon McAleer.

A Funeral Mass will be held at St. Christine’s Church 1295 Main St. (Rt. 3A), Marshfield on Saturday, June 8 at 10 am. Interment following the Mass will be in Winslow Cemetery, Marshfield; a reception will follow at the Daniel Webster Estate, 238 Webster St., Marshfield. In lieu of flowers, expressions of sympathy may be made in Sheila’s memory to Rosie’s Place, 889 Harrison Ave. Boston 02118 or at www.rosiesplace.org/tribute