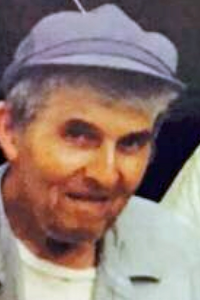 
Edgar F. Sawyer, Jr of West Yarmouth died Friday September 21st at the Pavilion in Hyannis surrounded by his family. He was 91.

Born and educated in Provincetown, where he spent most of his life, he was the son of the late Edgar F. and Mary [Avila] Sawyer. He was a US Army veteran.

Mr. Sawyer worked for the Town of Provincetown for many years, principally at the Community Center. Whether it was driving the school bus, helping set up the July 4th fireworks, or one the many other tasks he undertook, he met and befriended countless people over the years. He also drove for Art’s Dune Tours and was a 32-year member of the Provincetown Fire Department, serving as steward on Engine 4.

In His free time, he enjoyed fishing, hunting, especially with his beagles and was an accomplished crafter in wood and leather.

He leaves his sons Kevin Sawyer of Provincetown, Richard Sawyer of San Jose, CA and Breck Sawyer of West Yarmouth, with whom he made his home in his later years. He is also survived by brothers Carl Sawyer of Truro, Raymond Sawyer and sister Roberta McKay, both of Provincetown. His former wife, Margaret Sawyer, as well as several grandchildren, great grandchildren, nieces and nephews also survive him. He was predeceased by a son, Thomas Sawyer and two sisters, Edith Roderick and Shirley McWilliams.

Family and friends are invited to call from 4:00 to 7:00 pm on Friday, September 28th at the Gately Funeral Home, 94 Harry Kemp Way, Provincetown. A Graveside Service will be held at 10:00 am, Saturday, September 29th at St Peters Cemetery, Jerome Smith Rd, Provincetown.