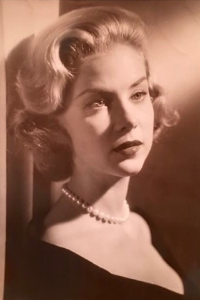 
A MEMORY by Michael Mailer

I was at the Oldenburg Film Festival in Germany, of all places, when I heard the news that my mother, Beverly Bentley, was not doing well. She had been eating her mid-day meal at Seashore Point, an excellent assisted living facility in Provincetown, Massachusetts, when she turned slightly bluish. As a precaution, the staff brought her to her room to lie down. She was 88 years old and her vitals were good, so no one was terribly alarmed. That evening in Germany I went to see the opening night film, a Russian movie called “Unforgiven” by Sarik Andreasyan, the true life story of a Russian architect and engineer whose entire family dies in a plane crash, due to an air traffic controller mistake, on their way to visit him Spain. It is a portrait of a man’s grief unlike anything I have seen and I remember leaving the theater thinking tears could never flow like that from my eyes.

When I got back to the hotel, I received a call from my brother saying he had been asked to come to Provincetown as a precaution because my mother's condition had worsened. It was late at night for me. I didn’t think my mother was ready to go despite her diminishing faculties over the last year precipitated by a series of minor strokes. She had always been such vital force in my life that I couldn’t accept she was nearing death's edge. So I went to bed. It was 3 in the morning German time.

When I awoke six hours later, my brother called to tell me she had passed within an hour of him reaching her. She cooed like a bird before she departed, her soul seeking flight on the loving thermals provided by my brother’s hands holding hers. Tears gushed forth. I tasted the grief that can only come from the shock of being orphaned.

My mother was born Beverly Rentz in Atlanta, Georgia, on February 26, 1930. Her mother of Swedish ancestry married into the prosperous (and German) Rentz family, who were post bellum Land Granters. There is a town in Georgia called Rentz that I hope to visit someday. During the Depression, the Rentz family fell on hard times and thus began Beverly's diasporic journey through a series of towns in Georgia and Florida. Never in one place long enough to establish roots, she once told me she never felt like she belonged anywhere. Painfully shy and insecure, she found refuge in theater. Finding scripts that spoke to her innermost feelings helped her to cope. It became her lifeblood.

In her late teens, in Pensacola, she met Arthur Godfrey, who took a shine to her nascent talent and encouraged her to move to New York City. She summoned her fortitude, changed her last name to Bentley, and upon arrival in the Big Apple was promptly hired to be a “Little Godfrey” on the new Arthur Godfrey variety show. Following her early momentum, she caromed through a series of game shows like "The Big Payoff” and “Beat The Clock,” and high profile national commercials, all the while learning to neutralize her Southern accent and honing her craft. Off-Broadway theater immediately followed in the role of Connie Bliss in Clifford Odet’s "The Big Knife,” starring opposite James Earl Jones. Shortly thereafter, her Broadway career took off with a 1956 debut in “Romanoff and Juliet” directed by George S. Kaufman. “The Lovers” and Peter Ustinov’s “The Heroine” followed. Films also followed: a series of Hollywood roles starting with Elia Kazan’s “A Face in the Crowd” and Mike Todd, Jr.'s “Holiday In Spain.” In Malaga, Beverly met Hemingway, who was forever perched at the end of Miramar Hotel bar, where the cast was staying. The two became fast friends.

Things were going well for my mother. A beautiful woman who could actually act was the tonic Hollywood was always looking for. And indeed multi-picture deals from the Hollywood studio were plentiful. She turned down all of them. She refused to be under contract, where she couldn’t choose the pictures she wanted to do. A mistake? Maybe. But my mother never wasted time regretting career moves. Her first love was theater, anyway.

Her passion for theater was extended and nourished by Provincetown. She first came to P-town in the late '50s, enthralled to be in the birthplace of modern American theater. In 1915, a work of Eugene O’Neill’s – “Bound East For Cardiff” – had played to its first audience in a fish house owned by Mary Heaton Vorse. Theater would never be the same.

In the 1960s, when Beverly and my father, Norman Mailer, were happily ensconced in a bayside house in Provincetown, she co-founded the ACT IV Theater company. It operated in the basement of the Gifford House and featured early performances by then unknowns Al Pacino, John Cazale, and Jill Clayburg. In her later years, Beverly would appear to great acclaim in various Provincetown productions such as “The Lion In Winter,” “Men’s Lives," and “Love Letters."

My mother married Norman Mailer in 1963. They met at PJ Clark's when Norman and the ex-middle weight champion Jake Lamotta were both hitting on her. When Jake told Mailer to get fucking lost he replied he would get lost only if the lady asked him to. Fortunately for my dad, Beverly told Lamotta that Norman was with her, thus sparing him a terrible beating. Shortly after their wedding, my younger brother Stephen and I were born. We were children in the center of a maelstrom. Norman was running for Mayor of New York City, traveling to D.C. to march on the Pentagon, getting arrested, and shooting cinema verite. “Wild 90,” “Beyond The Law,” and “Maidstone” were all films that Beverly appeared in. As toddlers, Stephen and I made our own cinematic debut as two hysterically screaming kids in “Maidstone” as we watched Rip Torn trying to bash Norman’s head with a hammer and Beverly struggled to drag the two men apart. I assure you we were not acting. Amidst all the aforementioned chaos, Beverly was also making a home and being a mother to not only Stephen and I, but our older sisters as well: Susan, Danielle, Betsy, and Kate.

Like all shooting stars, Beverly and Norman flamed out. They separated in 1970. My mother moved her boys to Provincetown, where for the next seven years we lived year round and attended local schools. It was a sacrifice my mother made. She still had a vibrant career and staying in New York would have furthered it. But her mind was on her boys, and she wanted their formative years to be among the beaches and dunes, in a place where walking to school unaccompanied was never an issue.

My mother went through some tough times during those years. She was a thoroughbred that couldn’t race and the resulting manic-depressive episodes were taking their toll. In 1978, she moved us back to New York and slowly revived her career with critically acclaimed performances in “Tobacco Road” at the George Street playhouse and Athol Fugard’s “The Road To Mecca."

My mother's two joys in life were her family and theater. She was always in need of the stage. But even without a proscenium, she delighted, provoked, beguiled, charmed, and enthralled anyone who came within her orbit. She was a unique force, and she burns as brightly in death as she did in life. True to form, she asked not to be buried or to have her passing formalized with a funeral, but rather to be celebrated with story and party and to be sprinkled on the dunes.

We will follow her wishes at the Provincetown Theater, 238 Bradford St, Provincetown on Saturday, November 24th from 2 pm to 5 pm.