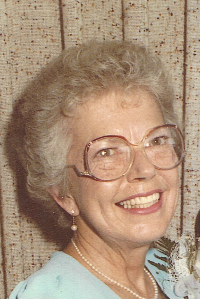 Therese J. “Jane” Ulrich of Mansfield, formerly of Canton passed away September 6th at home surrounded by her loving family. Born in Oaklyn, NJ, she graduated from West Catholic High School in Philadelphia. She had lived in Hatboro, PA before moving to Canton in 1970 where she raised her family and later moved to Mansfield in 2010. Jane worked as a Customer Service Representative for the Bank of Canton for 15 years before retiring in 1993. She was a former member and Treasurer of the Canton Catholic Women’s Club and a former member of the Community Club of Canton. She was a volunteer at the Mansfield Senior Center and a weekly parishioner of St. Mary’s Church in Mansfield.
Beloved wife of the late Joseph E. Mother of Sarajane Kearney of Stoughton, Joseph E. Ulrich, Jr. and his wife Marguerite (Ponte) of London, previously of Canton, and Paul J. Ulrich and his wife Nancy of Arlington. Sister of the late Rosemary Schneeweis. Grandmother of Megan and Dan Whitley of Canton and Daniel and Caroline Kearney of Corpus Christy, TX. Also survived by 5 great grandchildren.
Visiting hours at the Dockray & Thomas Funeral Home 455 Washington St. Canton Sunday 3-6 pm. Funeral Mass at St. Mary’s Church 330 Pratt St., Mansfield Monday morning at 11. Burial Knollwood Memorial Park, Canton. A special thanks to the staff at Royal Crossing in Mansfield who were so kind to Jane and her family. Donations may be made in her memory to Old Colony Hospice 321 Manley St. W. Bridgewater, MA 02379.