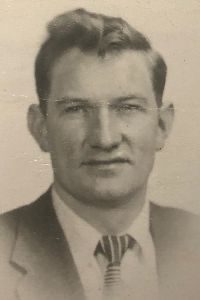 John J. Early of Medway, died August 8th at age 89, born on Aug 17, 1928, in Leitrim, Ireland. He was with his loving family at his side, after a brief fight with Hodgkin Lymphoma.

John was a well-known builder in Boston & Medway area. He was always ready to lend a helping hand. John and Maureen were both active members in their church, and often found dancing on Sunday nights at the Irish Social Dance Club in West Roxbury. John enjoyed being surrounded by his family, friends, and he loved to sing, dance and tell stories.

Calling hours will be held on Saturday, August 11th from 9:00 - 10:30 a.m. at the Ginley Crowley Funeral Home, 3 Barber St. in Medway (www.ginleyfuneralhomes.com) followed by a funeral Mass at St. Joseph Church, at 151 Village St. in Medway at 11 a.m. Burial will follow at St. Joseph Cemetery in Medway.

Donations in lieu of flowers can be made to the St. Jude Children’s Research Hospital (www.StJude.org/donate).