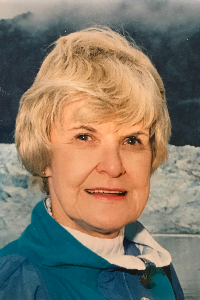 Barbara A. McNeil of West Roxbury passed away peacefully on Saturday, April 28, 2018, at the age of 89. Barbara was the beloved daughter of the late Hugh and Rose (MacFarlane) McNeil. Dear sister of Mary Joan McNeil, the late James McNeil and his wife the late Eileen, and the late Hugh McNeil and his wife Leonie of Weymouth. Loving aunt of Kathryn and Susan McNeil of Mansfield; William McNeil and his wife Corina of Buzzards Bay, their son James McNeil and his fiancée Sofia, and daughter Jessica McNeil; Christine Purkis and her husband Arthur of Otisfield, Maine, and their daughter Amanda Purkis and son Mark Purkis and his wife Stephanie; Laura Wiessmeyer and her husband Edward and their children Eric, Lauren, and Kurt of Weymouth; and Kathleen Coughlin and her husband John and their children Sean and Bryan of Whitman.
Funeral from the William J. Gormley Funeral Home, 2055 Centre Street, WEST ROXBURY on Friday, May 4, 2018 at 10:30 a.m. followed by a Funeral Mass in St. Theresa of Avila Church at 11:30 a.m. Relatives and friends are kindly invited to attend. Visiting hours Thursday 3 p.m. – 7 p.m. Interment St. Joseph Cemetery. The family wishes to extend its sincere appreciation to the caring staff of Rogerson House and Chelsea Jewish Hospice. In lieu of flowers, donations in Barbara's memory may be made to either the Rogerson House or the Jewish Chelsea Hospice.