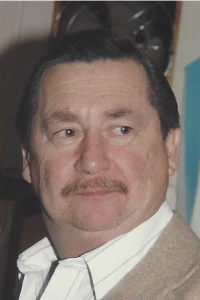 Bob grew up in Mansfield and was a 1945 graduate of Mansfield High School. During WWII, he served in North Africa and Germany as a member of the United States Army. He was in Charge of the Rail System during the German Occupation at Third Army Headquarters. Following separation from the service, he continued his education at Wentworth Institute of Electrical Technology.

Mr. Unger was a retired electrician having worked at such places as the Mansfield Light Department, at Fore River Shipyard, as the sole proprietor of Unger Electric and at Polaroid. Following retirement, he owned and operated the Pine Ridge Christmas Tree Farm in Mansfield.

A communicant of St Mary’s Church in Mansfield, Bob was also a member of the Mansfield VFW and the Massachusetts Farm Bureau. He loved spending time with family and his hobbies included hunting, trout fishing, logging and camping.


His funeral Mass, to which relatives and friends are cordially invited to attend, will be celebrated on Friday, February 23rd at 10:30 A.M. in St Mary’s Church, 330 Pratt St. (Route 106) Mansfield. Burial with military honors will follow at St. Mary’s Cemetery in Mansfield


In lieu of flowers, Robert’s family has requested that donations in his memory be made to the Alzheimer’s Association, 309 Waverley Oaks Road, Waltham, MA 02452.