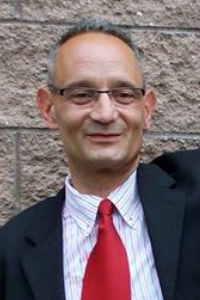 Robert M. Xifaras of Mattapoisett died in an automobile accident on Friday, January 5, 2018. He was born and raised in New Bedford and lived and worked there for most of his life, moving to Mattapoisett two years ago.

Bobby, as he was affectionately called, was a graduate of the class of New Bedford High School, Class of 1980, the University of Rhode Island and Suffolk Law School. He was a practicing criminal defense trial attorney in New Bedford, MA for close to three decades. He passionately defended his clients with a special advocacy that was uniquely “X”. To know Bobby was to love him. He truly embodied love, he was a “brother” to all and a friend to anyone and everyone in need. His beautiful smile, special swagger, kindness and level of caring, especially for those who needed it most, are unequalled and he will be missed by a great many people.

He spent several years in the X-Tones, a local band that featured original songs, many penned by Bobby. He was a talented song writer and musician and those years were some of his fondest. He was also a certified diver and after many years away from the sport was able, recently, to dive in the beautiful blue waters of Mexico, which brought him great joy. When he wasn’t working, or playing his guitar, he was reading and often could be found with his dog-eared copy of Walden and Other Writings by Henry David Thoreau, a huge influence in his life. He was also deeply proud of his Greek heritage and embraced the beauty of the culture and was looking forward to visiting Athens and Rhodes in May.

His children were the light of his life and he was incredibly proud of their many accomplishments. He imparted beauty, music, poetry, kindness, education and a sense of social justice in all of them. They are the embodiment of all that was good in his life; his special light will shine through his daughters forever.

He was the son of the Beatrice (Keshian) Xifaras of New Bedford and the late Michael Xifaras. He is survived by his brothers, William Xifaras and his wife Christine (Foster), his Godson Michael and niece Angela of Acushnet, George Xifaras and Rae Martin of Burlingame, CA and his sister Carol Soenksen of New Bedford. He also leaves four beautiful daughters, Jolie Marie of New York, New York, Alexandra Beatrice of Boston and Athena Elysee and Electra Ann Xifaras of Fairhaven. In addition, he leaves behind the love of his life, Kelly Walsh who is heartbroken at his death. Bobby also had a special place in his heart for his “5th daughter”, Callista “Callie O’Malley” Remillard. He also leaves behind many close cousins and countless friends that he touched.

His Funeral Service will be held at St. George Greek Orthodox Church, 186 Cross Rd., Dartmouth on Friday, January 12th at 10 AM. Burial will follow in Pine Grove Cemetery. Visiting hours will be Thursday from 4-8 PM at the Saunders-Dwyer Home for Funerals, 495 Park St., New Bedford. For directions and guestbook, visit www.saundersdwyer.com.