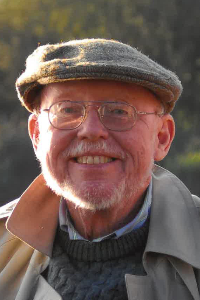 He served as Bond Counsel at the Palmer & Dodge Law Firm in Boston until his retirement in 1988. A longtime member of the St. Botolph Club in Boston, Richard loved the reciprocal memberships with the Garrick Club in London and St. Steven’s Green Club in Dublin when on one of his many trips to Europe.

Upon retirement, Richard moved to Provincetown and soon embraced the political side of community service, spending 5 years on the Town’s Planning Board. Richard then ran for Selectman. Upon being elected, he served on that board for 5 years. He then became Chairman of the Provincetown Cemetery Commission until late 2017.

A true supporter of the Arts, Richard was a former Trustee of the Boston Ballet and The Triangle Theatre. His support of theatre continued in Provincetown where one of his proudest accomplishments was that, where many had failed, to persuade the Eugene O’Neill Society to finally come to Provincetown for their Annual Conference.

Richard leaves his cousin Linda Farrell Boie and her four children, Erik, Jonathan, Jason and Kimberly and their families. He also leaves many friends, both locally and across the globe.

Richard lived a full, wonderful life and lived it on his own terms, perfect for Provincetown, where the population took him under their collective wings. It was where Richard was happiest.

Family and friends are invited to a Celebration of Richard’s Life, at 2:00 pm, Saturday February 3rd, at the Unitarian Universalist Meeting House, 236 Commercial St., Provincetown.