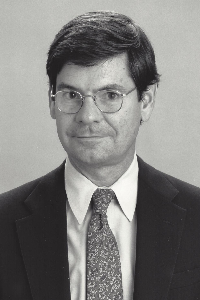 Chip, who preferred his nickname even in formal professional circles, was born in Boston on February 9, 1936 the son of the late Dr. Jackson White Wright, Sr. and Madeline (Potter) Wright.

Chip spent his formative years in Hanover, NH and graduated from Hanover, NH High School. He received his BA in English from Williams College with the Class of 1958, was a member of Phi Beta Kappa and received his Juris Doctorate from Harvard Law School in 1961. He served in the United States Army Reserves during the Vietnam Era.

Chip began the practice of law in Boston in 1961 at Hausermann, Davison, and Shattuck. In collaboration with James F. Farr they produced The Estate Planner’s Handbook a textbook widely used in US law schools with subsequent annual supplements and updates until the early 1990’s. He joined the firm of Palmer and Dodge in 1981 and remained there as a partner until his retirement in 2006.
Chip was raised in Hanover, NH, a perfect place for a young boy of the ‘50s who loved sports and the great outdoors. He followed the Dartmouth teams aching to glean some of their prowess by proximity and skied in their wake in the winter. He was an avid and accomplished skier, he was on the ski team in high school and was the Captain of the ski team at Williams College. He remained an ardent Masters alpine skier throughout his life and was an active member of the Hochgebirge Ski Club of Franconia, NH.
Chip served as a Trustee of the Walnut Hill School for the Arts in Natick, MA from 1989 to 2011 and was a lifetime member of the Boston Athenaeum Library.
Chip and his family have lived in Weston since 1967; he served on the Solid Waste Disposal Committee in the ‘70s and spent many years as a coach of the Boston Area Youth Soccer (BAYS) teams.
A Memorial Service celebrating Chip’s life will be held on Sunday October 1, 2017 at 3:00 PM at the Walnut Hill School for the Arts, Natick.
Private family interment will occur at a later date in Vermont.
In lieu of flowers memorial gifts in Chip’s memory may be sent to the Walnut Hill School for the Arts, Development Office, 12 Highland St, Natick, MA 01760; the Waterville Valley Adaptive Snow Sports, POB 540, Waterville Valley, NH 03215, The Parkinson’s Foundation, 200 SE 1st Street, Ste. 800, Miami, FL 33131 or the Davis Phinney Foundation for Parkinsons Disease, 4730 Table Mesa Drive, Suite J-200, Boulder, CO 80305