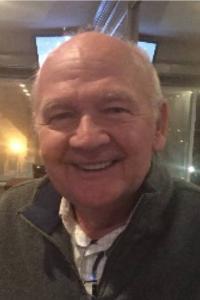 Arthur Tsetsilas, 70, of Plymouth, MA, died peacefully, surrounded by family, Thursday January 26, 2017 at his home. He was born in Derry, NH on October 7, 1946, a beloved son of the late Arthur and Ethel (Andersen) Tsetsilas. Arthur was born and raised in Derry, NH. He was a 1964 graduate of Pinkerton Academy, and a graduate of Plymouth State College (1969). Art was a formidable athlete at both schools. Arthur proudly served his country in the US Army National Guard and as a US Army Reservist. He raised a family and lived most of his life in Londonderry, NH. For the past 12 years he resided on the ocean in scenic Plymouth, MA. Arthur was a successful business owner as the President of ET Tile and Stone, and was formerly employed by Merrimac Tile Company. Over the years, Art coached both his sons in all their athletic endeavors. Arthur was a community leader who always volunteered his time, most proudly serving as the President of the Londonderry Football Gridiron Club. Arthur was recently inducted into the Londonderry High School Hall of Fame in recognition of his contributions to the town.