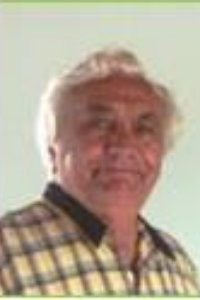 Robert E. Cabral of Provincetown, died Thursday, November 3rd at Cape Cod Hospital in Hyannis, surrounded by his children and grandchildren. His wife, Yvonne, who he missed dearly, died in November of 2008.

Born in Provincetown, on November 11, 1926, the was the son of William and Mamie [Taves] Cabral. He left school at age 15 to join the US Navy during the Second World War. Because of his experience on the water, he was assigned to a Seabee unit. During a typhoon, he saved the lives of a group of men by convincing them to jump off their loaded barge onto the beach, timing the waves and telling them when to jump. They scampered to the highest ground he could find and took refuge in a tomb until the storm was over. The rest of his platoon was wiped out.

After being discharged, he returned to Provincetown to work at his father’s fishing party business, and eventually bought it. He was also a skin diver and taught diving; dove commercially for lobster and opened "The Reef" in the old P.A.C.L building where he ran his diving business and his wife had a sandwich shop.

It was during those fishing trips that he would often dream of buying the old Scarloff wharf. that dream came true in 1967 when he bought the pier and set out to build himself a pier and the first-class Provincetown Marina. As owner, and with his son by his side, he set out to do the impossible and accomplished his dreams. He was a visionary, a progressive thinker who would often looked outside of the box for answers.

Mr. Cabral was well known for his generosity, often opening his home and heart to people in need. He would do anything for anyone. He also served on many town boards and was instrumental in keeping the Manor in Provincetown and building Seashore Point Wellness Center. He also worked tirelessly to rebuild St Peters Catholic Church after the tragic fire and had the Fishermen’s Masses on the pier during that time.

Mr. Cabral was a long-time member of the Walter Welsh Council, Knights of Columbus, the Veterans of Foreign Wars, Post 3152, and a member of St. Peters the Apostle Catholic Church.

Daughters Yvonne Cabral, Candice Silva and her husband Stephen, Desiree Duda and her husband Frank, as well as a son Vaughn Cabral survive him. He also leaves grandchildren Asa Cabral of Provincetown, Tavis Cabral and his wife Zepher of Braintree, Ross Silva, his wife Molly and their new baby of Eastham, Cody Silva of Wellfleet, Sage Duda of Truro and Aleeza Cannistraro of Mashpee. In addition to his wife, he was predeceased by brothers Earl (Boyzine) Reggie, Ronnie Cabral, and sisters Halcyon Hurst and Patricia Papetsas.

Relatives and friends are invited to visit with the family on Friday, November 11th, from 4:00 to 7:00 p.m. at the Gately Funeral Home, 94 Harry Kemp Way, Provincetown. A Funeral Mass will be celebrated at 10:00 am, Saturday, November 12th at Saint Peter the Apostle Church, Prince Street, Provincetown. Burial will follow in St. Peter’s Cemetery.

If desired, memorial donations in Bob’s name may be made to the Provincetown Rescue Squad, PO Box 109, Provincetown, MA 02657.